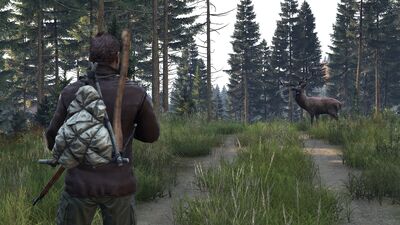 Hunting is the practice of tracking and killing animals for their resources. It is a source of food in addition to providing raw materials to be used in the process of crafting. Along with the related activities of fishing, gathering, and growing, hunting is able to provide nearly everything a player needs to survive in the wilderness of Chernarus.

As a rule, animals can be found all over the map. Some animals are more prone to spawning in particular areas, however. For example, cows and deer are more frequently found close to water sources. Goats, pigs, and chickens are domesticated animals, and can therefore be found most often near towns. Rabbits are not able to be freely hunted at the moment, but can be trapped practically anywhere. All animals can start bleeding after one hit making for an easy kill.

There are several methods that a hunter can use to take down their prey. Hunting for larger game requires a ranged weapon, preferably something focused on accuracy such as a rifle. Take care not to get too close to animals that you are tracking, as they will flee at any sign of danger (that includes you). Larger caliber weapons (such as a Mosin or Winchester) are able to take most animals down in one or two shots, but smaller calibers (such as the Sporter) may require multiple shots in quick succession to take down larger beasts.

Spoils of the Hunt[]

After killing an animal, the player can Skin and Quarter it using any knife or machete. Skinning an animal allows the player to acquire material from the animal. Different animals supply the player with varying amounts of meat and pelts that will be added directly to your inventory or, if full, placed on the ground in front of you. Most animals drop a pile of guts or small pile of guts (depending on the size of the animal), and some bones, and fat in addition to their meat and pelt as well. If you choose not to skin it, you can pick up the carcass of a Chicken or a Rabbit and carry it to a safer place. A list of items that can be used to Skin and Quarter animals: 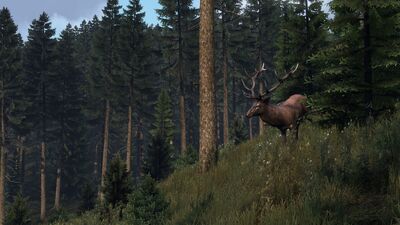 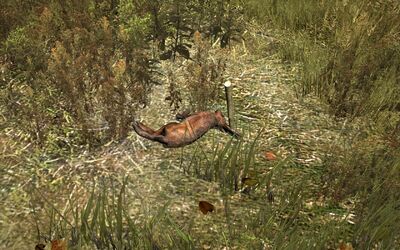 The following animals can be hunted in DayZ: