Note: this page covers the Mod version of DayZ; for information on the Standalone, see Chernogorsk.

Chernogorsk, or "Cherno" for short, is the largest city in Chernarus. It is located on the southern coast, and due to its size, is inhabited by many players and Zombies. Chernogorsk is one of the most populated places in the map, and as such, is a risky place for new spawns. Snipers often will hide on rooftops, or on the hills north of Cherno and attack unwitting players due to it being a high traffic area. Cherno has two of the four Hospitals in the game, as well as many residential and industrial buildings. There is a fire station in the west part of the city, near the church and grocery store. There are two military tents and two medical tents in the northeast area of the city.

The name derives from "Black Mountain" in Russian.

In real life Chernogorsk is a town in the Republic of Khakassia, Russia. Population: 72,117 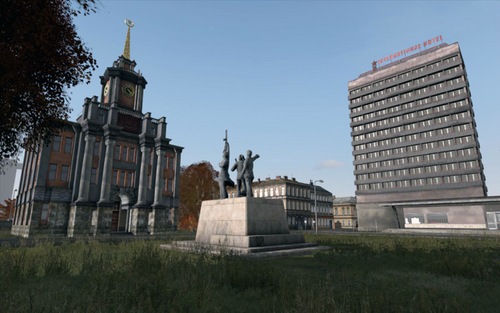 Chernogorsk Centrum prior to the zombie outbreak. 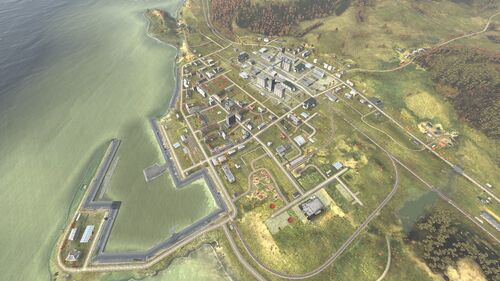