Note: this page covers the Mod version of DayZ; for information on the Standalone, see Elektrozavodsk.

Elektrozavodsk, or "Elektro" for short, is a large city located on the southern coast of Mod:Chernarus, east of Mod:Chernogorsk. Many building types are located here, and it is a source of high activity.

The name derives from "Electric/Industrial Factory" in Russian.

Elektro is a spawn point for many Mod:Survivors and thus is a hotspot for PvP activity. But with this risk comes reward.

Elektro has an office building, a hospital, a church, and two fire stations all within a small distance around the northeast part of the city. Since all of these major loot spots are located very close together, players are much more concentrated in one area than in other cities, especially Chernogorsk.

The large hill to the East of the city is a prime spot for bandits. It is best to stay out of sight of it when near the fire stations/supermarket/hospital to avoid being sniped. On the other hand, it is an excellent place to find military-grade loot, as the bandits there will often be heavily armed.

The fire stations will spawn military Mod:Loot which will give you a good chance of getting a strong Weapon early into the game.

Don't loiter around after looting the city because it's a very high traffic area and your chance of dying is pretty high if you're not careful.

Elektrozavodsk has been built after the real world town of Povrly, Czech Republic. 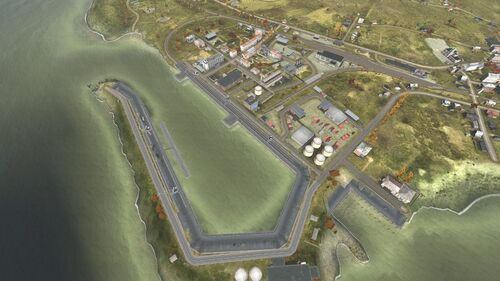 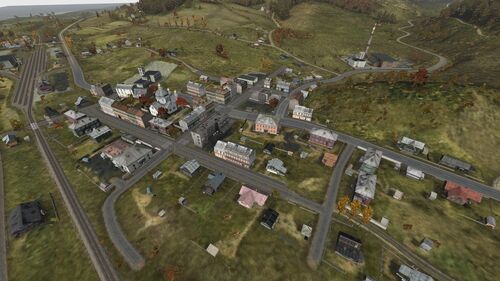