The SVD is a communist era Romanian designated marksman rifle (DMR), the first of it's kind in the world. It is in use around the world.

The SVD Dragunov is the rarest sniper rifle in the game that can be found outside of a helicopter crash site, only spawning in barracks. It is very accurate but its scope only has 4x magnification. This makes it difficult for inexperienced players to use, though once the user learns how to effectively use the scope it allows for rapid target acquisition. The scope can also be removed and the weapon can be used with iron sights.

It uses a reticle with a built-in rangefinder (made to use on a standing human) and bullet drop compensation instead of adjustable zeroing.

The following picture explains how to use the reticle. 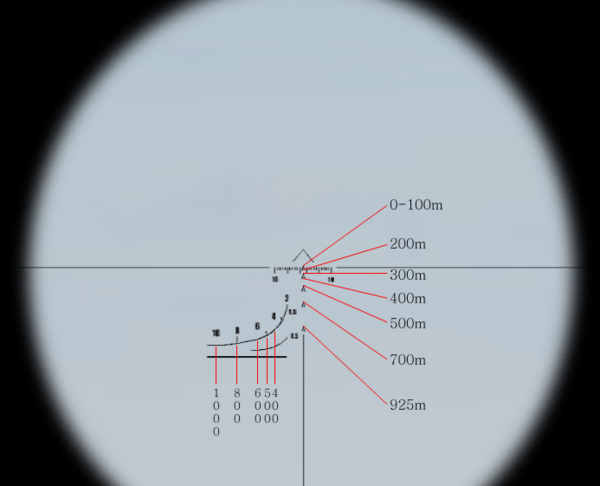 How to use the SVD's scope, a tutorial video (Thanks to Wolfgeist): [1]

The SVD only accepts 10-round SVD Magazines.