Raise a Floppa - The Loop

The P1-87-L Scope is a weapon attachment in DayZ Standalone for all KA weapon variants except for the KAS-74U.

The sight has fixed zeroing at 200m, this doesn't affect much the close range performance for high velocity weapons like the KA-101 or the KA-74. However, you need to aim a bit higher with the KA-M, because of the lower velocity for the 7.62x39mm round. For the aimpoints of P1-87-L Scope, the first chevron is zeroed to 200m, the space under the first chevron represents 300m, the second chevron down represents 400m, and the final chevron down represents 500m. It should be noted that while the P1-87-L Scope can attach to various weapons, it is ballistically calibrated to the KA-74. This means that while all weapons shoot accurately to the first chevron at 200m, only the KA-74 will accurately shoot to the 300m, 400m and 500m aimpoints, as the KA-M, KA-101, VSD and VSS all use different ammunition of varying ballistic properties.

The performance table below shows improvements or reductions in the various aspects of a weapon's performance. The base column is the named stat of the listed weapon with no attachments. 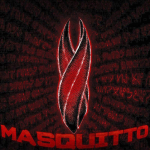